Rocket Raccoon is the breakout new character of the Marvel Universe. With his starring turn in the new live-action version of Guardians of the Galaxy, he has finally moved to the front ranks of the superhero world. According to an issue of Amazing Heroes from the early 90's, his history stretches back nearly 40 years, to a high school in central New Jersey, and his rise to fame has been long and slow. It may seem a bit odd, but this really is the cover of the 1st Appearance of Rocket Raccoon in a Marvel Publication.

The Prehistory Of Rocket Raccoon

Rocket Raccoon began like a lot of great comic book characters have, as a joke. As a bored student in New Jersey's Passaic Valley High School, future comics superstar Keith Giffen came up with the character. He was a play on a famous Beatles song, just a talking raccoon with a raygun. This was at the same time that Giffen invented Lobo, though neither character bears much resemblance to what they would become. Like many of the creations of high school, it took them a while to find their feet.

Fast forward to 1976, when Giffen was trying to make a name for himself in the comic book industry. He was paired with fellow up-and-coming writer Bill Mantlo, and Rocket Raccoon made his first professional appearance in the summer of 1976. His debut in Marvel Preview #7, part of a back-up feature called “The Sword and the Star: Witchworld,” is short and slightly befuddling.

Although he is a talking raccoon, he looks totally different than he does today. His manner of speech is completely unfamiliar, as he talks in some sort of faux English slang. His costume bears no resemblance to his modern garb. Finally, although he carries a gun, one must admit that the gun is not very big.

What's more, when he introduces himself in the story, he does not even call himself Rocket, but Rocky. In short, the attitude is there, but nothing else is the same.

[phpbay]Marvel Preview 7, 4, 63,””[/phpbay]
The story itself is also decidedly not in the Marvel canon. The Sword and the Star is an unfinished science fiction epic that never really tied into anything, though both Mantlo and Giffen went on to work in the industry for decades. It is more closely related to the Micronauts, a classic series that Mantlo wrote that is still well-remembered by fans today, but the Micronauts are not technically inside the modern Marvel canon either.
This creates a thorny problem for canonists, who point out that, from the point of view of the Marvel Universe, this may not be Rocket Raccoon at all. Oddly, the question is much simpler for the creators, as they knew their intention and where the story would go. But for those who study the history of the Marvel Universe itself, this can be nothing more than a distant cousin to the character we all know and love. However, because of this appearance, Mantlo and Giffen had their names indelibly attached to the character, and will forever be remembered as his creators. This is the cover of the 1st Appearance of Rocket Raccoon in Marvel Continuity.

The next appearance of Rocket Raccoon is much less obscure. In May 1982 Rocket was the special guest star of issue #271 of The Incredible Hulk, the two hundredth anniversary of the popular title. Bouncing out of a dynamic cover by frequent Giffen collaborator Al Milgrom, Rocket Raccoon makes his first appearance as we know him today: guns, attitude, and fun. The interiors were drawn by Sal Buscema, a storytelling veteran and Marvel all-star, but it was writer Bill Mantlo who finally found the character's voice.

In this issue the Hulk is mysteriously transported to Halfworld, and his adventures there are titled “Now Somewhere In The Black Holes Of Sirius Major There Lived A Young Boy Named Rocket Raccoon.” We meet Rocket Raccoon, his girlfriend Lylla, and all the inhabitants of his universe. Giffen is not credited in this issue, because it was not Marvel policy at the time to be that careful with attribution, but there are many influences at play in this comic.

In fact, another uncredited funny animal character from the Marvel Bullpen of the day makes his first unofficial appearance here. The villain of the issue, the evil talking space-rabbit Blackjack O'Hare, is obviously based on Larry Hama's famous Bucky O'Hare, although Bucky himself would not make his first comics appearance for another two years.

But That's Not All!

Even though Rocket Raccoon join the ranks of the Marvel Canon in 1982, he did not reach full form until three years later. His four-issue miniseries, once again written by Bill Mantlo, revisited the denizens of Halfworld through the talented pencil of a man who was soon to become a comic book superstar, the artist and designer Mike Mignola. Mignola's depiction of Rocket Raccoon and company solidified the look of the character and his world. This also began the tradition of crediting Giffen and Mantlo equally for the raccoon that they helped bring to life.
[phpbay]Rocket Raccoon Mini, 2, 63,””[/phpbay] 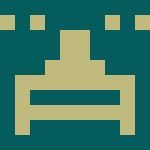 You call them freaks, outcasts... in this carnival no one is an outcast. We're all family here! And I'm mighty protective of this family! Johnny Blaze....